Arlo is thinking of his time in Afghanistan working as a lawyer for the Canadian Forces. He enjoyed working with the Afghanis he met and found them a strange and ancient breed where very little was at face value. There was always another layer. A close associate whom he met in Kabul and whose vast knowledge of world history was the cause of many late evenings, was convinced that his country had been hijacked for it’s poppies and minerals, yes, but also for its ancient knowledge. Akmal painted a picture not unlike a Raiders of the Lost Ark episode where ancient talismans and the locations of geomantic reservoirs of energy were traded and stolen by carte noir members of the global elite. Arlo did not say much about what Akmal shared. He figured Akmal must either be simply paranoid, or a genius or a paranoid genius. However, Arlo did see first-hand the situation of the Canadian command turning over detainees into the hands of people widely known for their torture of prisoners. He reported up his chain repeatedly and vociferously. As a civilian, his chain was different than the military one, but the strands met somewhere out of his view, that he knew. 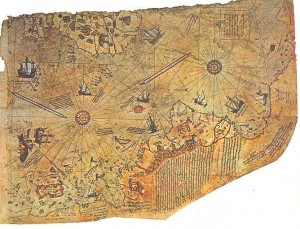 What he got back was not much more than silence. He asked for a transfer to Ottawa. He tried to raise the flag there. He got a similar response. He gave up his contract, losing out on his completion bonus, and returned to private practice. He gave information to friends in the media about what he knew. He chose not to openly publish and preferred to remain an “unnamed source.” He saw that even then, what was reported in the news was modified from the information he provided, often heavily. He woke up to the politics of it.

He researched. He became aware of the dark-lantern networks that operated in the shadows of the dense lattice of protocol that kept most others in line. He saw enough to know that he had been party to it, a workman out on the girders riveting legalities into a machine that worked for some hidden master, perhaps not even a Canadian, and if you believed Akmal, not even human. When he started to ask the right questions, he saw a blueprint different than the one he had previously, mostly unconsciously, traced in his mind. It was easy for him to imagine and even to verify that power and fear were the alternating pistons of the engine that drove the gears of the hidden machine, this interest against that interest. Perhaps there was a top-level interest, someone or something with a hand on the master switch, observing the gauges. Perhaps Akmal was right. Or perhaps it was merely the emergent pattern of self-interest spinning out the widening gyres of a shadow-world in negation of the creative energy that he found so vibrant in many people he met. For sure, Arlo saw that the viscous substance keeping the friction and heat in check was the popular media, an electron scrim populated by potent memes swimming like so many sperm to fertilize the egg of public opinion.

His contacts and associates were all being turned round and round in one way or another. It was fascinating and unwieldy, but mostly unwieldy, because in the end the knowledge had no inside to it, only a deeply crenelated outside with guards on the ramparts eating menus for food. Some shadow sucked his fascination like a vampire lodged pleasantly on crushed velvet inside the castle. The way of the world: it was for him a modus for maintaining illusion and, moreover, for actively promoting delusion. The overall effect was to split the mind and substitute an image of wholeness. It was merely an image of the self. The more he read and travelled, the more one thing became clear to Arlo, and this was that the bifurcation of the mind bore the marks of engineering and even, he sussed, of the legal craft. There was a backdoor into consciousness, and it was not a happenstance thing. There was evidence of possible skullduggery.

Arlo worked on himself a lot during this time. He was introduced to Gurdjieff’s Movements, and this had a strange effect on him, even to the point where he felt that his body was somehow re-wired. The Movements re-wired him. He was sure of it. New kinds of perceptions and ideas opened up, new modes that did not leave the strange taste of belief, but rather of experience. Along the way, he had a crisis of the Heart one long July where all of the harpies of his conditioning flapped their wings and took to the air in a dark cloud. When they flapped all they could flap, a small particle of Grace lodged in him, a bullet of love, and it was as if the air became clear and fine for the first time in his life. These were the steps and stages that the dark-lantern crowd scrupulously noted over the years. Whereas Arlo saw the process of initiation as an act of cosmic inspiration unique in itself, the dark-lantern engineers had taken the process and back-engineered it. In doing so, they removed the safety catches and amped it up, offering a shot of gnosis that left the harpies still flying in the skies. Arlo had sat through enough doublespeak and inspirational talks from the gurus of law, business and science to suspect that more than a few of the legionnaires of the future had been highly processed. 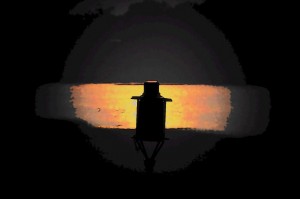 Notwithstanding, he had boiled his conundrum down to two aims. First, he was his own false guru. He studied this phenomenon in himself. He did not know himself. He studied his own complicated workings and tried to discern the particle trails of the forces that animated his many faces. If there was a man behind the curtain pulling his levers and turning the taps, he may very well recognize him as some cybernetic implant, or as some important symbol from his future. Second, he needed to stay creative. He needed to invite uncertainty. He needed to move and play and meet others. He needed to bang the shaman’s drum and to sit quietly and listen.

In life, he went free-lance. He gave seminars prepping lawyers for entry into zones of international dispute. He often found himself face-to-face after seminars with colleagues and students in the padded and sometimes cartoonish recesses of bars and pubs with a pint of Harp in his hand asking certain questions and painting clues on the cave wall.

When he looks down from his musing and re-connects with the sensation of his body, he finds Jessica has quietly, it seems, left.

This entry was posted in Story/ Comment/ Poetry. Bookmark the permalink.